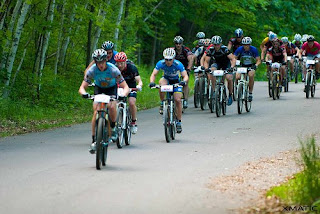 SISU Cycles had a great day at the Keweenaw Chain Drive Festival this past weekend. The conditions were near perfect with a good down pour the night before. SISU had 4 riders in the field including Tyler Gauthier, Tom Carpenter, Glenn Lerlie, and Danny Hill. Beyond the SISU MB team the field was filled with studs including Mike Anderson from Bell's Brewery, a few of the ACE guys, several Red Jackets, and many other respectable riders. Tyler and Tom went in with high aspiration's and were looking for top 10 finishes. Glen and Danny were both looking for respectable finishes in preparation for the Bike Fest. 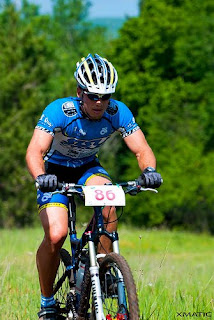 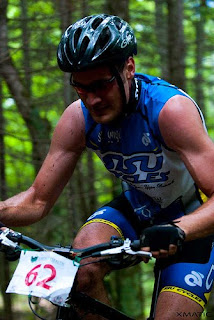 As most know the Chain Drive starts with a roll out through down town and over the Portage Canal Bridge. From there the field makes a 180 degree turn and stomps on the gas for position into the two track. Tyler and Tom positioned themselves well from the start and were both in the top 5 reaching the only pavement on the coarse, Canal Road. Canal Road leads to a leg breaking 15% grade hill. The first up the hill gets the best position in the single track. As expected, Mike Anderson was the first up the hill and into the single track with a small gap to the second up the hill, Tyler. Tom was a close third and lead the rest of the bunch into the single track. The hill had established who was a true player for the day. Tyler lost Mike Anderson's wheel almost instantly into the single track but held a 15 second gap on the rest of the field. It didn't last long as they pulled Tyler back in about 1.5 into the two track. We had established a group of 6 riders that would stick together for the majority of the race. At this point there were a few whispers from the riders that we all knew Mike Anderson was up front and that most likely we would all be battling for second. The chase group maintained a good beat and we all yo-yo ed from each other through miles and miles of single track. At about the 18 mile mark the course crosses a road and enters some more gnarly single track for about 2 miles and then crosses back over the road for a return to the finish line. Tyler lead the group across the road into the single track. He noticed the pace he was pushing was causing a small gap between each rider and that is when he made his first attack. It was slightly successful causing the group to space out a bit more. One rider, McFadden responded to the attack and offered to lead for a bit. Tyler agreed and followed his wheel. McFadden put on a harsh pace, McFadden and Tyler began to establish a considerable gap between the rest of the field. Back across the road McFadden and Tyler made another small push and that's when Tyler experienced his first of two crashes on the day. A tree jumped out in the middle of the trail causing a minor but time beating crash. McFadden's wheel was lost in result of the crash and he pushed harder to make sure Tyler didn't catch back up. The crash resulted in a regrouping of the rest of the field including Tom. Jeff Adamcik took the lead and not 5 minutes later Jeff slid across a damp wooden bridge and jammed his handle bars into a gap causing the whole field to come to a complete stop, Jeff moved as fast as he could and aloud the rest to move on. The four chasers moved through more single track together until we popped out into two track. This part of the course provides riders with a long grinding two track hill, a point where an attack could happen. In order to not become a victim of an attack, Tyler made the first move up the hill and only one rider, Cook, responded leaving the two riders to chase down the two up front. The tempo continued and the race lead into another rise going into the last 3 miles of the race. Right before the rise another tree seemed to find it's way into the middle of the trail and Tyler's handle bar met the tree with great force throwing both the rider and bike aside. Not to Tyler's surprise he lost the wheel of Cook. To Tyler's surprise he had not been caught by the next group. Back on he went to make the final push up a muddy long hill. Between the hill being long and a chain that would not stay on Tyler ran up a quarter of it drawing every bit of energy he had left. Sooner than later the next rider caught Tyler and passed him dropping him another spot. With about 1 mile left another SISU rider appeared in a distance and sure enough it was Tom making a strong push for the finish. The site of Tyler gave Tom that little extra and he caught his wheel with .5 miles left. Tyler gave encouragement to Tom to push on. (OK, how it really went was Tyler: "Tom, I've bonked." Tom: "Good, move over." It was priceless.) Tom hung on all day and it paid off, he finished with a super power push and almost caught the next guy. In the end the 32 mile course proved it's dominance and drained every bit of energy a rider could have. Tom finished with a very respectable podium finish in 5th place and Tyler finished 17 sec behind in 6th place. Glen and Danny both had strong races and finished well in there respective categories. Full results can be found here. (A correction in the final results. Tyler raced in the open category placing 6th. It is not as shown, racing in the age and placing 1st.) 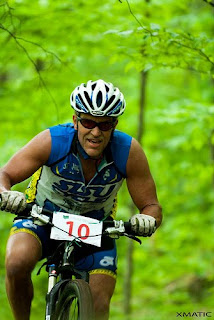 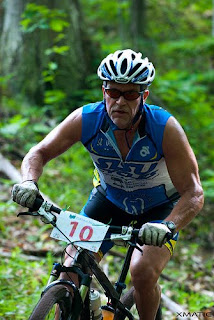 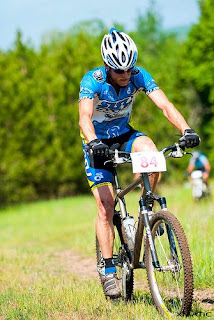 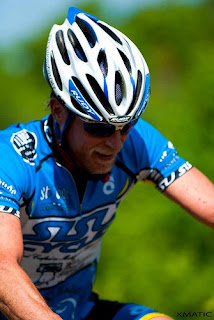