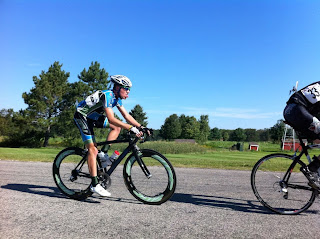 As some of you know, I recently upgraded to category 2. I made an attempt to race at the Glencoe Grand Prix and after breaking my frame on the Thursday leading up to the race in a fall in a training ride (quite the embarrassing story) I must admit that my stress, anxiety, and nerves were through the roof for that first race. I didn't last long even though I felt fine other than my sky high heart rate. Nerves, hate you.

I swore they wouldn't get the best of me again, not this year but I lied. But before the mayhem, there was some fun. Friday night was a fun evening of racing downtown TC with the inaugural year of their downtown sprints! It was 3-up 200m drag races down one of the main streets. Each rider started on a 2 foot tall platform with a 3-4 foot long ramp to the pavement. You were held by a trusty volunteer and after a countdown a buzzer rang and you were off! I got edged out in something like the top 7 which was satisfactory. Seeing how I've lost 15 pounds this summer (which is unreal) my sprint power has visibly gone down by nearly 200 watts. I was edged out by a monster as you can see from the photos in Matt's previous entry.

Saturday night was the 3rd annual running of the crit on a new course. My nerves were in check and I felt like I had done most everything right except the two most important things for me on crit days. My warm-up was mediocre and my nutrition over the previous two days was slightly less than satisfactory. I've had a hard time keeping up with my body on the road. With that, the roads were rough and I kept getting gapped in the corners and had to make that up on every straight stretch. You can only ask your body to do that so many times before you POP and that's exactly what happened about half way through the race. I dropped off the back soon to be joined by Topher Chase for a few laps together. We were regularly announced as Chris and Chris, the two Yoopers working together. It was funny and good for both of our teams to keep getting their name out there even though we weren't in the greatest of positions.

Well, that was a disappointment and I was there to have one good day and Sunday had to be it. After only 6.5 hours of sleep and an 8:30am start to what was to be an 82 mile road race over the hilliest course in the state of MI I set out to put my head in the right direction for next year. I sat in for the first lap just to get the feel for how this pro 1,2 field was going to respond to this course.

The first lap was easier than I expected and during the next two laps I decided to attempt to get in breaks, chase them down and even take some pulls on the front. It paid off mentally but with 1.5 laps to go my legs said "no more" and absolutely exploded on the KOM hill. Myself and two others pedaled the rest of the lap and up the final hill to the start/finish where I found myself wanting to quit. I gave my mom the "cut it" sign by waving my hand by my neck, as if to say "I'm done." However, as she smiled at me and told me "just finish it, Chris." I thought about what Matt texted me in the AM "more guts than brains, don't think about it... Just do it." Minus the copyright infringement he had it right and I wasn't going to give up, I was gonna just do it. At the start of that sixth and final lap I also thought of one of my high school Track & Field teammates, Dillon Menard who just passed away last week from natural causes. I knew he would never give up. It took guts, Sisu, and I finished.

I've never felt more pain, never felt so good, and never felt so bad. The sense of accomplishment I had was amazing. I had hung with pros for 4.5 laps, dishing out attacks, attempting breaks, and pulling them around. For that I was proud. I know what I've gotten myself into now, and I'm more mentally prepared for next year.

My winter training will consist of a lot of cross country skiing as well as a solid weight training regimen. I'm looking forward to a solid few months of preparation with some possible coaching and going out and killing it next year.

My dream is to be on a pro team and that is my goal for next year is to get noticed over the season and get picked up by a US pro team by the end. It's been a great road season this year and I hope I have even half of the exciting news I had for you all this year during next year's season. For now keep posted for any possible cyclocross updates as well as updates on winter training and keep your eyes peeled for my new frame's paint job, hopefully to come within 2-3 months.

Thanks to everyone that's helped me this summer and cheered. From Matt, my family, Sarah, the community, all of those that I stayed with during my trips around the midwest and all of our team sponsors. I owe a lot off my success to you. Without your support I wouldn't be where I'm at and for that I'm forever thankful.
Posted by Unknown at 2:42 PM No comments: 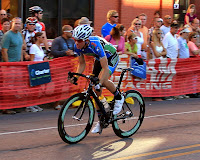 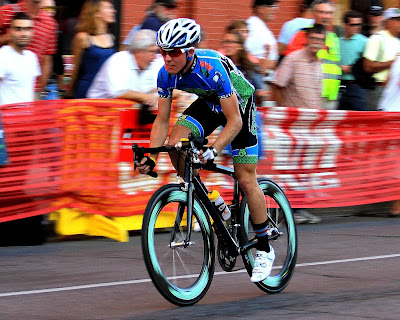 Chris cruising to a first round win. 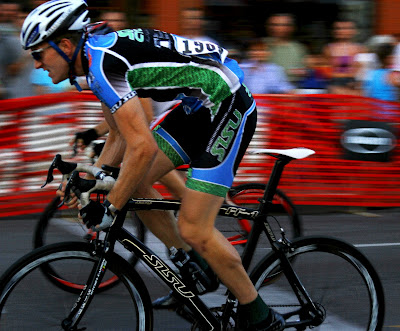 Jesse edging out a win in the quarters. 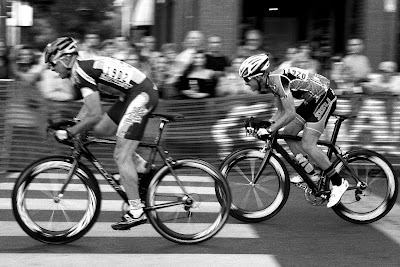